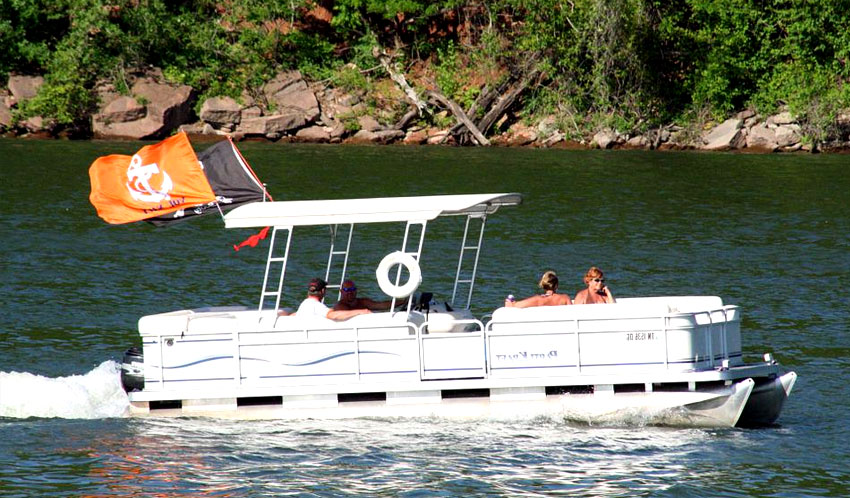 If you’re new to pontoon boats, you might not know anything about these popular vessels. In the past few years, these boats have witnessed a renaissance. Boat shows featuring pontoon boats of all sizes are being held at many places. Versatility is among the major reasons why these boats are becoming increasingly popular.

Owing to their unique design and functional features, they clearly stand out from the other types of boats. Here are some of the amazing facts about pontoon boats that you must know:

The origins of this boat dates back to the times of Zhou Dynasty of China. In those days the emperor used the steady ships resembling today’s pontoon boat as bridges. These bridges helped soldiers to cross long water bodies safely. The first pontoon boat of modern times was constructed in 1951 by Ambrose Weeres.

He later founded the company Weeres Industries Corporation, which is now America’s oldest manufacturer of pontoon boats. Using welded metal and wood, he created a high platform boat that was much more steady in lakes. The first boat he sold was called ‘The Empress’.

2. Reason for the popularity of these boats

Among the several reasons why these boats have gained so much popularity is their raised helm. It offers a better view of the waters and also enables the captain to keep an eye on passengers. Pontoon boats are one of the best options for beginners due to the same reason.

3. They are a cost-effective option

Generally, pontoon boats have weaker horsepower. This makes them much more cost-effective than the regular boats with a front deck. Some among the cheaper pontoon boats have an engine that’s less powerful. Despite this, they still offer a great degree of versatility for the boating enthusiasts.

4. Pontoon boats are safe for cruising

As they’re slower and much easier to handle, beginners can safely drive the pontoon boats. They’re also easier to dock than the other boats. Owing to their unique design, they can stand a bit taller than most of the cruisers. The shape of pontoon boats prevents them from tilting while cruising, making them easier to maneuver.

5. They can have several accessories

You can customize the pontoon boats with great convenience. The basic shape of most pontoon boats are either rectangular or square. Because of this, their deck can have many accessories. Some boat owners also like to have a small bar installed on the deck of their pontoon boats. Likewise, there are many ways to get creative with a pontoon boat.

6. They include plenty of storage space

You can have a lot of storage area in your pontoon boat. The deck of such boats are often big enough to house all the essentials for a family. One can increase its capacity with a few modifications. A second deck or a large structure with more compartments can also be created.

7. They are great for small gatherings and parties

If you want to arrange a small gathering or party while cruising, a pontoon boat would be the best choice. As a pontoon boat’s deck is flat with plenty of open space, it creates a large area to accommodate everyone. Smaller pontoon boats would have enough space for about eight individuals.

The steady design of these boats allow people to walk around with ease. They don’t need to worry about stability on water when they’re cruising in a pontoon boat.